A safari of its kind that takes you to one of the most visited parks in kenya. The itinerary includes; maasai mara which is the highlight of every safari in Kenya where it has its own special that is the great migration bird watching and high concentration of wildlife including; the Big Five. Lake Nakuru National Park is park of its own where it is the home of greater and lesser flamingo’s, home of black and white rhinos and also branded as bird watching paradise.

Get a Free Quote

We visit the Chimpanzee Sanctuary, a charming haven established by the Jane Goodall Institute to provide sanctuary to orphaned chimps, and the specially protected and fenced refuge of black rhino with its stunning forty specimens!

Sweetwater’s boasts excellent game viewing with the highest ratio of game to area of any park or reserve in Kenya. Moreover, the Sanctuary has several private waterhole and salt lakes so we will be guaranteed unprecedented close encounters. Whether its day or night game drives, camel trekking, lion tracking, al fresco dining or relaxing by pool, Sweetwater’s is bound to delight.

Depart Sweetwater’s/ Ol Pejeta after breakfast for Lake Nakuru National Park, arriving at your lodge in time for lunch. In the afternoon, a ‘Spice’ game drive is planned. Besides the flamingos that Lake Nakuru is famous for, there are approximately 400 other species of birds found there.

This enormous Reserve actually part of the vast Serengeti plains is famously known for its spectacular great wildebeest migration and is a true home of the big five-Lion, Elephant, Leopard, Rhino and Cape Buffalo. After lunch, explore the Reserve on a late evening ‘Spice’ game drive.

After a leisure breakfast at your lodge, depart overland to the Maasai Mara Game Reserve-jewel of Kenya’s Game Park.

This enormous Reserve actually part of the vast Serengeti plains is famously known for its spectacular great wildebeest migration and is a true home of the big five-Lion, Elephant, Leopard, Rhino and Cape Buffalo. After lunch, explore the Reserve on a late evening ‘Spice’ game drive.

The Maasai Mara is one of the greatest wildernesses of the world. Morning and afternoon ‘Spice’ game drives are planned. Large mammals are varied, abundant and easy to see. Residents among the parks mammals are; Maasai Giraffe, Buffalo, Impala, Zebra, Topi, both the Thomson’s and Grant’s Gazelles.

Optional hot Air Balloon rides are available on this day at an additional cost. On this final day in the Mara, you also have an opportunity to visit an authentic Masai village.

early morning ‘Spice’ game drive followed by a complete English breakfast at your lodge. Mid-morning drive to Nairobi. The balance of the day is at leisure for last minute assisted shopping and sightseeing.

The balance of the day is at leisure for last minute assisted shopping and sightseeing.

This game sanctuary is the closest reserve to Nairobi (3.5 hours’ drive) home to all the big five game, and has the highest ratio of game-to-area of any park or reserve in Kenya. Its popular waterhole is floodlit by night, providing excellent and secluded rarely seen game viewing.

Our next stop is Lake Nakuru National Park dominated by a gentle undulating terrain with open bush and woodlands, typical of the dry rift valley vegetation. Twenty seven percent (27%) of the park is composed of the Lake Nakuru waters.

The park was declared a rhino sanctuary in 1983. The Rhino stocking programme, which ensued received white rhinos from South Africa. Currently the sanctuary has approximately 45 black and 31 white Rhinoceros.

The grand finale is the Maasai Mara Game Reserve – Kenya’s most famous and finest game sanctuary. In the months of June and July each year, the wildebeests in their troops arrive at the Kenyan border, ready to cross the steep banks of the broad and fast flowing Mara River.

This crossing is truly the greatest episode of the entire migration. Hot on their heels are the predators of the savannah –lion, cheetah, wild dog, jackal, hyena and vultures. The banks of the Mara River provide one of the best vantage points to witness the drama.

The Mara also offers a wide range of game wildlife; over 450 species of wild animals have been recorded here. You will most likely see the Big Five – lion, rhino, buffalo, leopard, and elephant. Not to mention numerous plain animals.

There are no reviews yet. 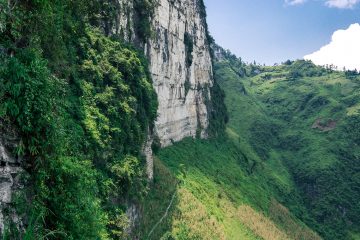 This safari takes you to a high 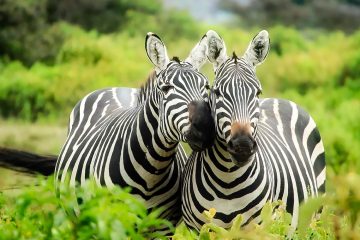 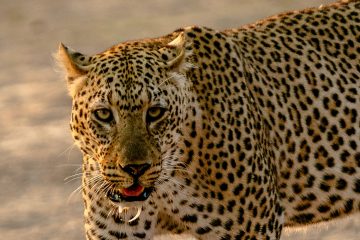 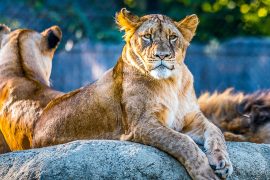 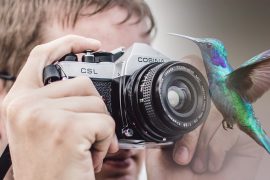 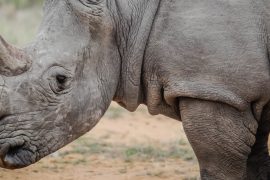